Welcome to Warshington? Commonly mispronounced names around the state 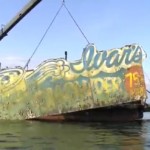 The Seattle Times fired a preemptive strike against what Washington, DC wants to call itself if and when that odd little piece of “taxation without representation” land becomes the 51st state: “The State of Washington, D.C.”

Even the public radio station there got into the act, posting a tongue-in-cheek list of reasons why they think the District of Columbia is superior to the Evergreen State.

We could have avoided this mess entirely way back in the 1850s. What’s now our fine state was originally going to be called Columbia Territory, until a future Confederate helpfully suggested we instead honor George Washington.

All this arguing about who owns the “State of Washington” moniker got us thinking about some of the names of other places around here that generate friction without anyone even trying to steal them away from us. And no, it isn’t because the names offend someone.

It’s because they get mispronounced.

This is the quickest way to test how long someone has lived in Western Washington. Call it our very own deep-fried shibboleth. Locals know that the correct pronunciation of this seafood restaurant is “EYE-verz,” with emphasis on the first syllable, and a perfect rhyme with “divers.” Those not in the know (recent arrivals, summertime tourists, weekend anchors) say “EYE-VARZ” with equal emphasis on both syllables and a close rhyme with “dive bars.”  Ivar’s, incidentally, is named for real-life late restaurateur and gold-plated self-promoter Ivar Haglund.

This Eastern Washington town is rarely mentioned in polite conversation on the west side, but when it is, it is almost always mispronounced as “Coal-ville.” The correct way to say it is “CALL-ville,” though this city-produced video appears to pronounce it both ways. Colville was originally a fort, and is named for Andrew Colvile (with one “l”), a London muckety-muck of the Hudson’s Bay Company. This writer often calls local radio and TV stations (anonymously, of course) to offer helpful advice when Colville is mispronounced.

A brilliant ad agency described in song how the version of this city in Maine is pronounced BAYN-GOR, with equal emphasis on both syllables. Over in Kitsap County where the Navy Trident subs are based, it’s pronounced “banger” (rhymes with hanger).

The site of the deadly 2014 mudslide alongside the Stillaguamish River and Highway 530 is rarely, if ever, mispronounced by locals; everyone knows it’s pronounced “OH-so” (Spanish for “bear”).  However, President Obama, while speaking with the media after visiting families affected by the tragedy, had the misfortune to pronounce it “AH-so” multiple times during an event at the local firehouse.

This is a tough one, and the debate over how to say the name of this southwest King County city pops up in the media every few decades. A published history of the city (and the current city clerk) insist that the “s” is silent (like the local city’s namesake, Des Moines, Iowa). Tell that to the man who recorded the greeting for the voicemail system at City Hall. He pronounces it with the “s” (actually, it’s more like a “z”) – “duh MOINZ.”

Des Moines City Clerk Bonnie Wilkins is a “silent s” person, but she’s philosophical about the differences, and tolerant of either pronunciation. She says the city council even passed some kind of resolution about the pronunciation many years ago, though she’s a little fuzzy on the specifics.

A pamphlet authored by late WSU Professor Hugh Rundell is something of a bible for broadcasters. Rundell goes with “duh MOINZ.” The French “de moines” means “of the monks,” but Des Moines, Iowa was originally a Native American name (with no relation to French monks) that somehow became garbled.

For that beach in West Seattle, do you say “AL-KEYE” (equal emphasis on both syllables) or “AL-kee” (emphasis on first syllable)?  If usage is any indication, AL-KEYE is the current correct pronunciation, or current accepted pronunciation. It was the place where settlers who would go on to create what became Seattle landed in 1851. They called it “New York,” since they aspired to build a metropolis here. A wiseguy appended “Alki,” a Chinook jargon word for “eventually” or “bye and bye.”

The debate over Alki has also flared up on different occasions over the years (most recently in the late 1950s), with one writer (of a letter to the editor) citing great local historian and author Edmond S. Meany’s 1908 pamphlet about Indian names as definitive proof that the correct pronunciation is “Alky.”

“ALKI – accent on the first syllable, in which the vowel is short; the second vowel is also short, as if it were spelled ‘Alky.’”

This may be a case where usage has ultimately triumphed, and AL-KEYE is here to stay.  Bye and bye?

There’s no debate about how to say the name of the state’s biggest city these days (though this writer’s ancestors in Europe in the 1940s assumed it was pronounced “SEE-dull”). But, according to place name expert James Phillips, the city’s Native American namesake had many different spellings and pronunciations of his name in the 19th century, including See-alt, See-ualt, See-yat, Sealth and Se-at-tlh.

It wasn’t too many years ago that a lot of people in the Evergreen State pronounced our state’s name something like “Warshington” or “Worshington.” These people likely moved here from other parts of the country during the booming economy of World War II, when defense plants attracted tens of thousands of war workers from, among other places, the Midwest and the South. This pronunciation seems to have almost completely disappeared, but it was common as recently as the 1980s.

“A number of speakers pronounce words like ‘wash’ and ‘Washington’ with an ‘r-colored’ vowel, so that extreme examples sound like ‘worsh’ and ‘Worshington.’ Although regional distribution does not give the whole picture here, most of the speakers thus involved were from Spokane, King and Clarke (sic) counties, that is, in the vicinity of the largest cities. Besides ‘worsh’ there is, of course, another type of pronunciation that is found wherever Southern mountaineers have settled, namely, ‘woish.’”

I say let the nation’s capitol become the “State of Washington, DC” or “Washington, DC State” or whatever they want to be called.  We’ll just go back to being called something we can all agree on: good old Warshington state!

There are a wide variety of treatments options available for men with prostate cancer. One of the most technologically advanced treatment options in the Pacific Northwest is Stereotactic Body Radiation Therapy using the CyberKnife platform at Swedish Medical Center.
Close
Welcome to Warshington? Commonly mispronounced names around the state