Stephen Tyler Clayton, who previously pled guilty to raping three women, was sentenced to 14 months in prison after accepting a plea deal Monday.

The plea combined the three rape charges into one charge of rape and one additional charge of assault.

Kitsap County Deputy Prosecuting Attorney Anna Aruiza said the state was concerned about taking this case to trial, claiming a plea deal would “secure a conviction.”

“As the court is well aware, when witnesses are experiencing issues that can disrupt a courtroom that can lead to a mistrial, that can lead to an acquittal,” Aruiza said. “And the state has great concern that Mr. Clayton is a sexual predator. And in order to protect the community as a whole and to ensure our conviction when the state was approached with regard to a plea. That was something that we had to seriously consider.”

Despite the decision from the Kitsap County Prosecutor’s Office, Brandi Kruse sounded off on the ruling on KIRO Newsradio’s Midday Show.

“So we’re all on the same page, the rationale from the state is that these women are so damaged, mentally and otherwise, that they’re not fit to take the stand?” asked Kruse. “Well, why do you think they’re damaged? Why do you think they’re having mental health challenges? Because they were raped. So because of what he did to them, he’s getting a slap on the wrist. Try to make sense of that.”

“I’m hoping that when he gets out after 14 months, he’ll be facing some further charges,” Alissa Drowns, one of Clayton’s victims, said on KIRO Newsradio with Brandi Kruse.

Clayton is currently in an “active investigation” with the Kitsap County Sheriff’s Office over a fourth rape case. The sheriff’s office told KIRO Newsradio the initial information was taken from the complaint, and the case is now assigned for follow-up at the time of this reporting.

“I was trying not to shake. Usually, I end up uncontrollably shaking my legs, tapping my hands,” Drowns said regarding talking in the court with Clayton present. “My dad was there, my ex-husband was there, and one of my friends was there. The other victim was always supportive.

“I don’t know; I just thought this is it. This is our last chance to hear our voices out there,” Drowns continued. “And now maybe there’ll be some degree of closure, and I will keep fighting for other women, and I will keep getting the word out there about rape culture and why it needs to change. But my personal chapter, maybe I can put an end to this chapter now.”

Despite the empathy the victims received from the judge, Drowns still voiced her disappointment with the Kitsap County Prosecutor’s Office combining the charges.

“That’s very offensive to me,” Drowns said. “I mean, the reality is ugly, the truth is ugly sometimes. And I’m sorry if it doesn’t fit into your box of what good victims and good witnesses how are they supposed to act. But guess what, there’s not a handbook for when you get raped, and you don’t know how you’re supposed to act.”

Brandi had one last question for Drowns: Do you have any regrets about coming forward with this?

“The only regret I have is not coming forward right away,” Drowns replied. 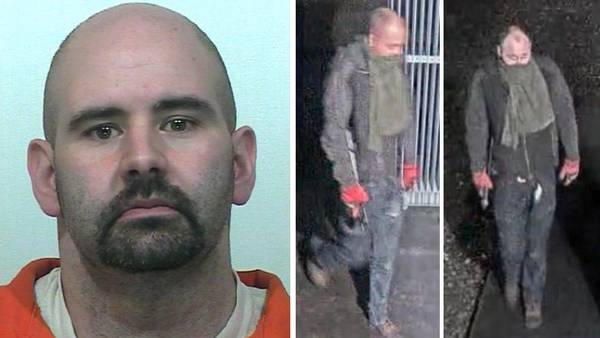 Micki Gamez describes her journey back to Seattle with two strangers and their families after their flight was canceled in Las Vegas.

There are a wide variety of treatments options available for men with prostate cancer. One of the most technologically advanced treatment options in the Pacific Northwest is Stereotactic Body Radiation Therapy using the CyberKnife platform at Swedish Medical Center.
Close
Rape victim offended by Kitsap County’s plea deal with criminal